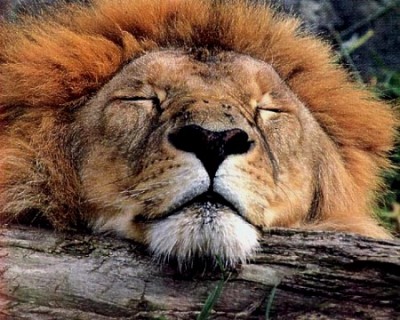 Having downloaded and installed this a week ago, I have spent a number of hours fighting with this beast, trying to disable most of the new “helpful” features which are anything but helpful.

Given the success of Apple’s other operating system iOS, which runs on the iPhone and iPad, Apple seems to have decided that the two operating systems should share a common interface.

Now if Apple had paid attention, they would have realized that this was exactly the reason why Microsoft have done so appallingly badly in the smart phone and tablet markets. Microsoft tried to make everything look like Windows, and that just doesn’t translate to the small screen (hand held devices). Now Apple are trying the same trick, and unless they learn their lesson very quickly, they will destroy the gains they have made on the desktop and laptop market.

So what is so bad about this feline monstrosity, and how do we go about taming it?

The first thing that hits you in the face like a dead fish is that they reversed the scrolling direction. They forgot the metaphor of all desktop systems, right back to the time they ripped off the design from Xerox – you scroll the screen by grabbing the scroll bar and sliding it up or down, where up is the beginning of the document, and down takes you to the end. On the small screen its different, the metaphor there is that you grab the document and slide that.

What this translates to is that on Lion, move your cursor down and the document goes up (!). The scrollbar goes in the opposite direction to the cursor, unless you actually grab the cursor, then everything goes the right way. This is obviously somewhat disconcerting, so to top the distraction of the errant scrollbar, they hid it. Well, then they obviously realized that the scrollbar performs other functions, such as giving you an idea of the length of the page, and your location in it, so hiding the scrollbar was not going to work well.

So they hide it, except when you are scrolling.

The answer to this is that in the System Preferences there are checkboxes to restore the correct scroll direction, and to show the scrollbar. Actually, the scrollbar shows in most applications anyway, its only Apple’s apps that have been modified to allow hiding where it flips in and out of existence.

In Lion, they not only added more, they changed some of them, so the two finger left and right only works in some contexts. Then they added new features, such as full screen mode, which takes some multi-finger gymnastics to get out of, and back into, inviting lawsuits from people with not enough fingers due to various accidents, and those with arthritis who will have great difficulty performing these gestures. Actually inviting a much simpler gesture which only requires one finger…

Again, you have some control over these gestures via System Preferences. For example, you can turn on an option to allow two or three finger paging, then three finger works (almost) everywhere. Turning them off is possible, but then there are going to be some states you will find yourself in which may be somewhat hard to escape from.

Apple say you have control on a per application basis, but in reality this means that when you quit the application you have to check a box to tell it not to remember the current state. No way to (for example) tell Safari to never open on the last site visited.

There is an option to turn this off globally, but its hidden in the options settings fot TimeMachine (the Apple backup software), so not trivial to find.

But possibly the worst abomination is file versioning. What this does is to save the current state of a file you are working on every few minutes. It will try to save this to your TimeMachine backup volume if it is connected, but if not, it will store it to your local disk. What this does for you is to eat huge quantities of disk space, and you have no clue where the space is going. It also keeps your disk from going to sleep, and so gobbles battery up rapidly on a laptop.

Of course, not every application does this, only the ones that Apple have converted. So its not implemented in the filesystem, where something like this really belongs if you are going to do it, so you never really know if your work is being autosaved by whatever application you are using or not.

Another interesting facet of this is that you no longer get a simple “save” or “save as” option in (converted) applications, but a confusing array of options asking if you want to create new versions of the file etc.

An added bonus is that if you don’t touch a file fo a while (supposedly 2 weeks by default), it gets locked, so next tim you go to work on it, you are again asked confusing questions about whether you want to unlock it, create a copy etc. There also appears to be a bug. It is merrily locking files much less than two weeks old on my system.

In the pre-release version of Lion, there was a checkbox to turn off versioning hiden away in the TimeMachine options. In their infinite wisdom, Apple removed that option in the released version.

Fortunately, it is still possible to turn this stuff off, but it requires running a command from the command line, as root:

This stops backup copies being stored on your local disk.

Execute this, and you disk goes wild for a few minutes, deleting all the saved versions. All your vanished disk space returns, and the disk now happily goes to sleep and you battery lasts that much longer.

There are a few unkind people who have compared Lion to Vista. It isn’t Apple’s Vista, but it is certainly a creditable attempt.