Living off the land

By
Philip
– Posted on June 25, 2011Posted in: Government interference, Social

In a recent conversation, the topic of what to do in all too common case of losing a job, having the bank foreclose, and so finding oneself in the position of no house and no job came up. 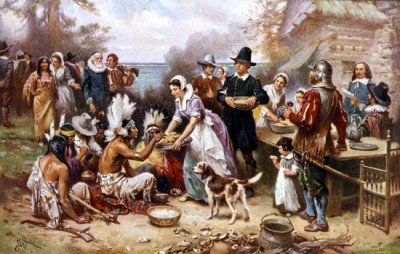 One person simply said “I will just go live off the land”. This is a relatively young, healthy person, the climate in Oregon is relatively mild if you stick to reasonable elevations and don’t go too far East. There is game and fish, there are still the same edible plants that kept generations of Indians and early pioneers alive, so at first glance, this seems like a reasonable plan.

But let’s look a bit closer.

Shelter is your first problem. Seems simple enough, there are lots of trees in Oregon, so building a cabin, even a rough cabin just to keep the wind and rain off to begin with shouldn’t be too much of a problem.

Until you look for somewhere to build it. Unlike the old days, the government (the largest landowner by far in the Western US) jealously guards what it has, and is no longer willing to give a plot to some industrious pioneer willing to make it productive. In fact, every square foot of land has an owner. And its not you. You end up trespassing. You get thrown in jail.

Not a good start. But lets assume that you inherited a few acres, so the trespass problem is solved. Now you need wood to build your cabin. You can’t just wander into the woods and cut down trees. The trees are owned by either timber companies, private owners, the state or the federal government. At certain times of the year, you can get permits to go lop down a tree for firewood on state land, but nowhere near enough to build your cabin. You chop down a few trees, the cops arrive. You get thrown in jail.

Hmmm… ok, lets assume that there is enough decent timber to build a house on the land you inherited. Your trees, you can chop them down if you want. Well, there is a good chance that you can’t. There are various permits often required, even to remove a tree from your own property if some busybody decides that you are in a “scenic area”, or a “watershed”, your land is home to the lesser spotted nutgobbler, or whatever. You typically have to pay for the permit. You have no job, and no money. Cut them down anyway. Greenpeace lawyers descend. You get thrown in jail.

So lets assume you are not in some sort of special area … you really lucked out. While you are cutting down trees and building your cabin you need to eat and keep warm. You light a fire. Its in an area subject to a fire ban (practically the whole state in summer). You get thrown in jail.

Ok… we will assume that your piece of land is on the coast, where its usually (but not always) wet enough that open fires are not banned. You shoot your deer … oh, you didn’t have your (rather expensive and restrictive) permit to shoot the deer? You get thrown in jail.

So, no deer, you live on raw roots and blackberries. Your cabin is taking shape nicely. The local building inspector turns up on your doorstep and wants to see your building permit. You don’t have one? Then please remove that structure within a week. You don’t. You get thrown in jail.

Some kindly relative gets you a building permit. You are getting on well with the cabin. The local building code inspector turns up, and declares that you have about 5,000 code violations. You can either fix them (which will need $$$$) or remove the structure. You don’t. You get thrown in jail.

We have been in the unbelievable realm as far as luck goes for a while now. So lets just say your fairy godmother waves a magic wand and the building code problems go away. Your cabin is finished, its November, cold outside, but you are ok because you have a nice fire keeping you warm as you munch on your deer steak cooked over that same fire. There is a knock on the door, and the postman hands you a property tax bill. With all the improvements you have made, this is now a quite desirable piece of property, and you owe several thousand dollars in property tax. Having no money, you don’t pay. The county takes your property, and you still owe the back tax. You don’t pay. You get thrown in jail. 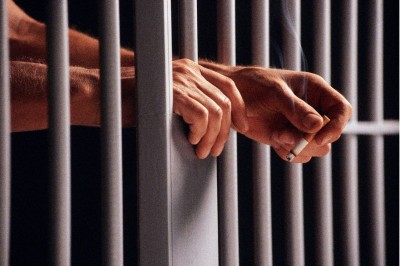 Society, in its infinite wisdom, has made it all but impossible for people to live without money. It can be done, sleeping in a doorway in a city perhaps. But if you want to look after yourself, and live comfortably even if you have to work at it, society apparently has little patience for the idea.

Those early settlers and Indian tribes had it easy.