I think I am a convert.

My old laptop (a Thinkpad T43) is getting old. It is slow, its disk is small (and full), it needs a new battery, memory (2GB, can’t go higher) is too small for a lot of what I need to do.

So I started looking around for a replacement.
I noticed that a lot of colleagues and friends seemed to be using macbooks. I also noticed a lot of them on airplanes and in the different Red Carpet lounges I visited at different airports. People demoing software seemed to use virtual machines running on macbooks.

I had looked at Macbook Pro’s before, then looked away again after looking at the price.
I also had a fair investment in software that ran on Windows. Particularly Adobe software (Photoshop etc.) which Adobe refused to let you move between platforms. The only way to do it was to buy it again.

Well, Adobe have somewhat seen the light. Now, when you do an upgrade, you can buy the upgrade on an alternate platform – you have to delete the old version, but at least you can do it now. Interesting. 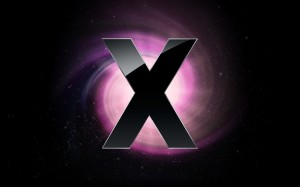 So I began looking at the Macbook pro again. I finally decided that I would use my tax refund to buy one. Fortunately, I didn’t go ahead and buy it on a credit card, then use the refund to pay it off, because Apple announced a new generation of the Macbook Pro, with faster CPU, faster graphics etc.

I decided to wait, and buy one of those.

I didn’t want the off the shelf configuration. I preferred the smaller (500GB) but faster (7,200 rpm) disk, and the higher resolution screen. The only way to get one of those is to oder it from Apple.

The Apple website said “two day shipping”. Being used to what this means with companies like Amazon, where they basically mean place the order, and its in your hands in two days I had certain expectations. Apple have a different interpretation.

When you get to actually placing the order, it says “2 to 3 working day shipping” now rather than “2 days”.
I was placing my order on Friday. Hmmm. Ok.

Turns out that what they actually mean is that they will deliver it to the shipping agent (FedEx) in two to three working days after receiving the order. It was the following wednesday before I received the notice that it was shipping.

Of course, FedEx just showed that they had received a shipping notice, not the item itself. Next day, FedEx had received it … in Shanghai.

I watched it move around China for a day, then things went quiet for a day, before it reappeared in Anchorage, Alaska.

From there it went to Oakland, California (probably flew over my house on its way there), and finally to Lake Oswego (which is in Oregon, and not to far away). Straight onto a truck and out for delivery.

It finally arrived in the late afternoon.

Plugged in the battery charger and opened the lid.

It fired up within 10 seconds. Asked me for my name and a password, then suggested a wifi access point that it thought I should connect to (it got it right, so I just clicked OK).

That was it. The screen was completely free of crapware, the stuff that takes forever to clear off new Windows computers. It also had a mail client installed. A pretty usable one, based upon standard protocols. It took less than a minute to get that set up with my home, work and Gmail accounts.

Setup was about 1,000x easier than I feared.

Of course, the user interface is different. Its definitely not Windows, its much more polished than Linux, and if there is anything you can’t do with the GUI, just open a terminal window, and there is Unix in all its glory.

The downsides? Very few so far. The biggest issue is dealing with documents produced by MS Word. This was already becoming a problem on my old laptop, with Word 2003 not dealing very well with Word 2007 docs, and probably even worse with Word 2010.

I had iWork pre-installed, which deals with simple documents ok, and produces nice docs itself. But for the more complex stuff from Word (particularly spreadsheets) its not up to it.

Fortunately OpenOffice is, and its free.

One thing I have always had problems with is Visio. I absolutely refuse to pay the horrendous price MS want for it. The Mac answer to Visio is OmniGraffle. It not only reads/writes Visio files, but is much easier, more intuitive to use and generally superior to Visio in every way. It also costs a fraction of the price of Visio.

I find myself reluctant to us my (Windows XP) desktop system now. I think I am a Mac convert.