Why they want growth 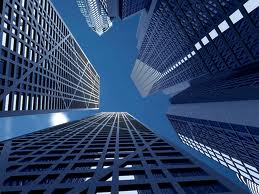 Following on from my previous post on growth, the next obvious question is why do economists, governments and particularly financial institutions want the economy to grow?

To understand that, we need to understand how financial institutions and many individuals make money. Particularly those that make vast amounts of money.

It used to be that they would invest in companies that produced large profits. Shareholders got a share of those profits. Basically, all the profit after running costs (salaries, taxes, capital investments, R&D etc.) were accounted for, split amongst the shareholders in proportion to the number of shares that they held.

The price of shares was based mainly on the dividends (share of the profits) they paid. The more the dividends, the higher the price people were willing to pay for a share. Share price also had a relatively small (in most cases) component based upon future estimates. If a new product was coming out which was thought to be a winner, for example, people would want to buy the shares before the dividends (and hence the share price) increased. Similarly, if business was expected to decline, the share price would drop, even though dividends were still the same, because it was expected that in future they would decline.

Some financial institutions found that if they guessed right, they could make significantly more money by buying (or selling) shares ahead of the rest of the market.

In other words, they moved from viewing shares as an investment in the company, to simply being betting chips. They had no interest in the company or its customers beyond their influence on the price of the stock.

The financial companies became so enthusiastic about the huge profits that could be made this way that they used their resources to buy a change in the law such that companies were no longer required to share their profits with shareholders. They could keep all the money and use it in pretty much any way they wanted, not the the advantage of their customers, and not to the advantage of those “owners” of the company who just wanted a steady income from their share of the company profits. The “logic” was that shareholder profit was to be derived from the increased value of the stock, not from income from the stock.

The law in most western countries requires that companies be run to the benefit of its shareholders, which means that they now had to concentrate on share price, rather than good products, satisfied customers and long term stability. As the tech bubble showed, share price is almost totally divorced from actual profit. There are still a large number of companies around that make no real profit, but have astronomically high share prices.

Those companies that do make a profit are required to show growth in that profit each and every quarter. In many cases they have no real use of the profit, and it just accumulates until they blow it in huge chunks to acquire another company to push up their share price.

As noted in the previous article, continuous growth is only sustainable as long as the “growth medium” holds out.

In this case, the growth medium is the economy.

As soon as the economy goes flat, the prospects for growth for companies disappears, and even though the company may still be generating a very healthy profit, chances are that its not paying dividends, so share price will flatline, or worse, decline. The financial companies are not interested in making a steady profit, they want to ride the exponential curve of continuous growth in share price.

With a flatline economy some momentum can be maintained by marketing and some by using the vast reserves of cash for mergers and acquisitions, customers can be screwed for more and more money, but none of this can last.

Governments need to realize that sustained growth is actually bad. But they have two problems, one is that they are mostly owned by the financial institutions and another is that they are themselves hooked on the idea that they will have more money tomorrow than today.